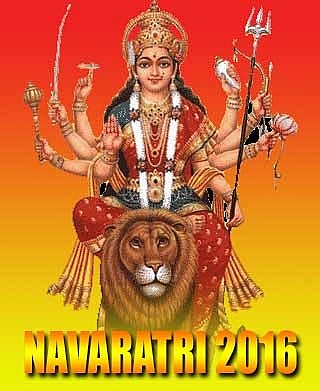 Navratri, actually translated as 'nine nights' is considered the most celebrated Hindu function relating to Mother Durga as a symbol of purity and authority or 'shakti'. Navratri function combines ritualistic puja and fasting and is accompanied by dazzling festivities for nine (9) consecutive days and nights. Navratri in India follows the lunar calendar and is celebrated in March/April as Chaitra Navratri and in September/October as Sharad Navratri.


Through Navratri, people from villages and cities gather to perform 'puja' on little shrines representing different factors of Mata Durga, including Maa Laxmi and Maa saraswati. Chanting of manthras and renditions of bhajans and folk songs usually go together with the pooja rituals for 9 subsequent days of Navratri.

During Navratri you can chant below mantra for fulfill wishes.