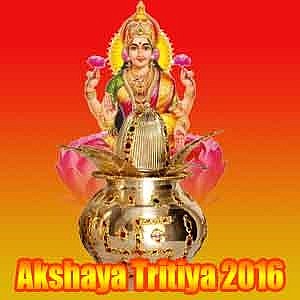 Akshaya Tritiya, also known as Akha Teej, which falls on 9th May 2016 is a holy day for Hindus and Jains. It is an auspicious day of the birthday of Lord Parasurama who is the sixth Avatar of Lord Vishnu. This day has a lot of significance & is a highly beneficial event for performing any kinds of Spiritual Activities. Any Wealth Related Puja/Sadhana performed on this day will benefit & increase the success rate by 10× times.

You must perform any Mata Lakshmi related Sadhana/Puja/diksha on this day for getting Success in Wealth and Prosperity. So get all the essentials such as Sadhana Samagri, etc required in advance so that no hurdles can occur on the day of Puja or Sadhana. You can't afford to miss such a lucky and precious once in a year Muhurth. 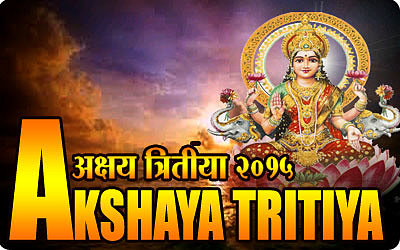 Akshaya Tritiya (अक्खा तीज) which is often known as Aकkha Teej is very auspicious and holy day for Hindu communities. It falls throughout Shukla Paksha Tritiya in the month of Vaishakha. Akshaya Tritiya falling on a Rohini Nakshatra day with Wednesday is considered very auspicious. The phrase Akshaya (अक्षय) means never diminishing. Therefore the advantages of doing any Jap, Yagya, Pitra-Tarpan, Dan-Punya on this present day never diminish and stay with the particular person forever.