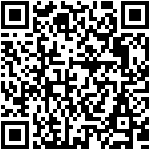 This Siddha Padmavati Bhojpatra Yantra charged by Kanakdhara mantra. Goddess Padmavati is the consort of Lord Balaji or Lord Venkateshwara. The story of Padmavati is closely associated with the legend of Tirupati. Goddess Lakshmi and Lord Vishnu had a quarrel and Goddess Lakshmi left for earth. Quickly Lord Vishnu came in quest of her. Unable to search out Goddess Lakshmi, Lord Vishnu built a hermitage within the Venkatadri hill. Right here he was looked after by Vakuladevi and was generally known as Shreenivasa. King Akasha Raja of a close-by kingdom was childless and performed several rituals to get a child. Throughout one such ritual, the king was ploughing a field. Immediately, the earth cracked and a lotus flower with a child girl came up. The King named her Padmavati.

(Some legend say that the younger woman was granted a boon in her earlier birth that she will marry Lord Vishnu. One other legend says that Padmavati is Goddess Lakshmi ). The girl grew up and during certainly one of her expeditions to the forest she met Lord Vishnu. Soon they fell in love. No king would like her daughter to get married to a forest dweller. So there were some initial hiccups, which was resolved by the Lord. Quickly the unparalleled wedding ceremony of Shreenivasa and Goddess Padmavati occurred and so they settled within the Venkatadri hill.

See- Protect yourself during sadhana/puja

Info
My account
We are online
Tell a friend!
2020 © All right reserved.
Viewed
0
Compare
0
I Like
0
Search
Top
View cart