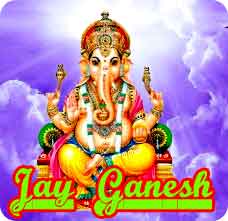 Lord Ganesha is thought to be the Lord of energy, Lord of the Multitudes, knowledge, peace, and harmony. He takes away worldly attachments and blesses devotees with religious success, whereas eradicating obstacles.

He gained the boon that He could be first worshiped, for, with out knowledge, nobody can enter into the thriller of darshana, which is the privilege of receiving the imaginative and prescient of God. So in all our prayers and pujas, we invoke Sri Ganesha first.

Many Hindus also invoke Ganesha when beginning any new ventures (job, marriage) or in the beginning of travel.

Lord Ganesha was created from sandalwood by Goddess Parvati, and with Her Shakti, She breathed life into him.

After Parvati created Ganesha, She gave him the accountability of guarding Her door.

When Lord Shiva, Parvati’s husband, returned to the home after a number of days of meditation, Ganesha wouldn't grant him access.

In anger, Lord Shiva severed the top of the child. When Parvati realized of the destiny of Her son, she begged Lord Shiva to revive the boy.

Lord Shiva did so by cutting off the head of an elephant and putting it on the boy’s body. That is how Lord Ganesha turned the elephant-headed God. It is usually why he turned known as the God of Energy, as a result of he was created from Parvati’s Shakti.

See- Protect yourself during sadhana/puja

Average customer rating:
4.00 out of 5 stars